Thor is the God of Thunder and one of the founding members of the Avengers in many Marvel comic book series and the Marvel Cinematic Universe. As the God of Thunder, Thor can generate electrical energy and use the weather to summon lightning onto his foes. As the mightiest warrior of Asgard, Thor has hundreds of years of combat experience, defeating many powerful opponents, which makes him very much feared in all the Nine Realms.

Thor wields the Mjolnir, an enchanted war hammer with a large hammerhead consisting of intricate carvings and a well-crafted handle. As one of the most powerful weapons in the Nine Realms, Thor uses this hammer to channel his electrical energy and can destroy mountains in a single hit. Only those who are worthy of wielding the hammer are capable of wielding it and using its power.

Our masterfully crafted real hammer is inspired by Thor's hammer, including the unique hammerhead and its iconic design. This handmade quality resin replica of the Thor hammer is 44 x 22 cm (17 x 9 in) and 1.8 kg (4 lbs) and comes with a display stand. The hammer is an ideal home decoration or cosplay photoshoot accessory.

Great product overall, really solid attention to detail and some heft to the weight. Some small painting issues and dent on the face of the hammer. Also some scratches on the stand. 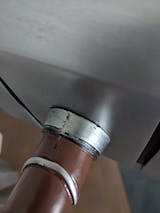 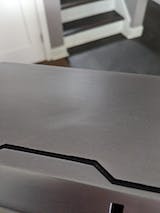 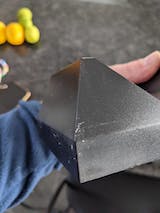 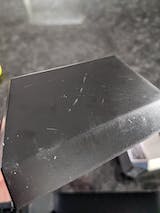 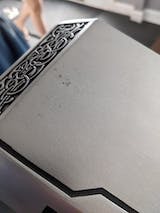 I AM worthy! Solid construction, has some good weight to it, and extremely detailed. Great addition to the geeky collection.

I bought this product, and it is by far one of the best replicas on the market. Great weight, and the designs on the hammer are identical to the movies. Outstanding attention to detail, and I definitely will be buying more products from fire and steel in the future.